The Alleghany Highlands YMCA is participating in Give Local Highlands. Now, through June 7th, please visit Give Local Alleghany Highlands to support the Y and one or more of the several projects of importance to our mission to put Christian principles into practice through programs that build healthy spirit, mind, and body for all.

Gifts made on Tuesday, June 7th will enable the Y to compete for $35,000 in prizes being offered by The Alleghany Foundation and Ingevity.

Another benefit of giving to the Y:

Your gift will be matched dollar for dollar by The Alleghany Foundation through a matching gifts grant awarded by the foundation for 2022.

There are several ways to give: The Alleghany Highlands YMCA has been a life-changer for Nikita Dressler and her family, even before she joined the organization about three years ago. Without passing judgement or asking questions, she says the YMCA provided support at that time when she had no access to water at her home, offering its amenities for laundry and showering. "They truly care," Nikita says. "They were just amazing."

The YMCA has also been crucial in the early development of her 3-year-old son, Conley, who has been enrolled in the daycare program since he was six weeks old. His interactions with other children have been vitally important as he develops his social skills, and he loves his teachers and their assistants. "Never any doubt in my mind that he's being cared for," Nikita said. "The Y is a huge part of my village. They are like family."

Nikita says Conley runs to the door each time he learns that he's about to visit the Y, and she has no reservations about leaving him there while she pursues a nursing career. Nikita just recently graduated from ECPI in nursing, and now she is working toward becoming a registered nurse.

"With us having Conley, she was able to go to school," said Amanda Marshall, director of Early Learning at the Alleghany Highlands YMCA. "She credits us for going back to school and bettering her life."

Taking the connection a step further, Nikita's 16-year-old daughter Rachael has worked in the YMCA's Stay and Play program for younger children.

"They seem more like family than a daycare," Nikita said. "Without their help, I couldn't have done it."

While Nikita has also utilized Alleghany Highlands YMCA facilities by participating in Zumba and strength training classes, she places great emphasis on the positive impact the Y has played in her life.

"They've been there for me; they've checked on me when I was sick; they've encouraged me," she said. "The Y is a huge part of my life, and I don't know where I'd be without the Y. They are phenomenal."

The Alleghany Highlands YMCA has been a family affair for the Rooklin household for many years. David Rooklin was one of the first members to join the YMCA when it organized and was housed in the gymnasium at Boys Home west of Covington. The exercise and weightlifting equipment was stationed on the stage in the gym during the YMCA's infancy.

David would take his children to the YMCA when he went for a workout, and it was at the YMCA where the Rooklin children became keenly interested in athletics.

Hillard, the oldest, would later become a standout high school football player who continued his career in college and is now an assistant high school football coach. Kent, the middle of the three children, and Maggie, the youngest, would excel on the basketball court, baseball diamond and softball field. Both would become 1,000-point scorers on the hardwood at Alleghany High School. Kent continued a promising baseball career in college, while Maggie now plays college basketball.

"The YMCA had a huge impact on all of them," David says. "It was a game-changer for my kids and my family. It was a huge building block for all my kids."

For David, now in his mid-50s, the YMCA provided a positive backdrop as he battled alcohol difficulties. Now, he has a been sober for over 19 years, and he gives the YMCA much credit for his sobriety. You can find David most any day working out in the YMCA weight room, while his puppies, Kimber and Scarlet, visit the Front Desk staff. David also serves on the Alleghany Highlands YMCA Board of Directors.

"I don't know what my life would be like now if the YMCA hadn't come to the Highlands," he said. "It helped smooth a bumpy road for me. It has had a profound impact on my life and on the lives of my children." 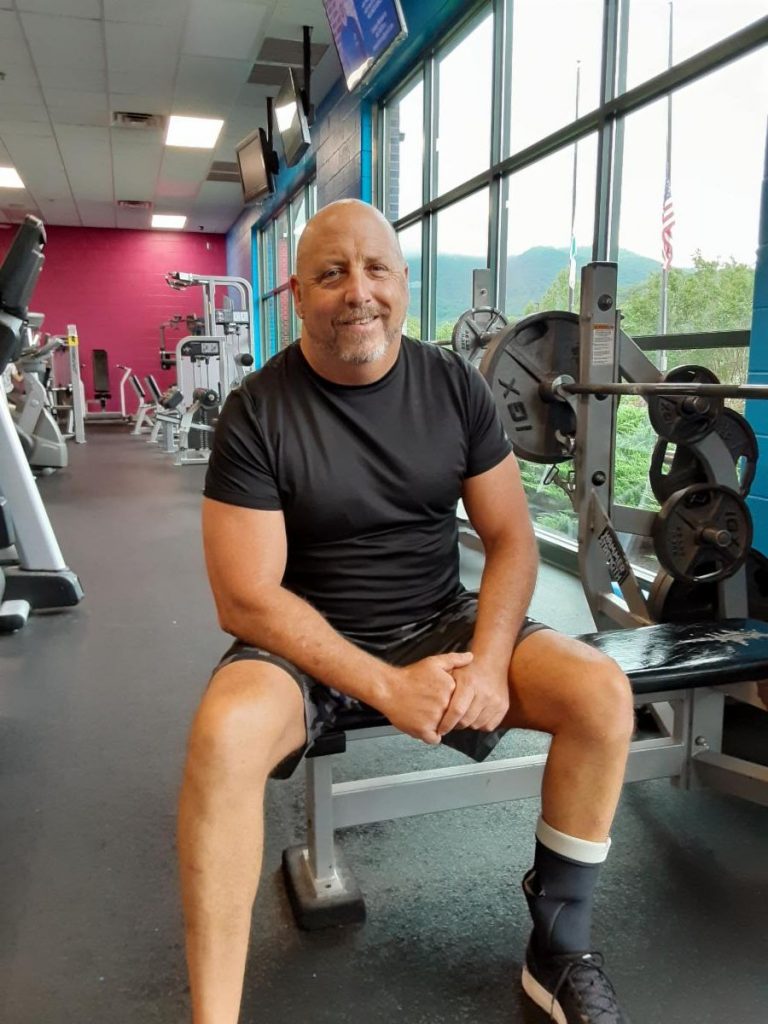 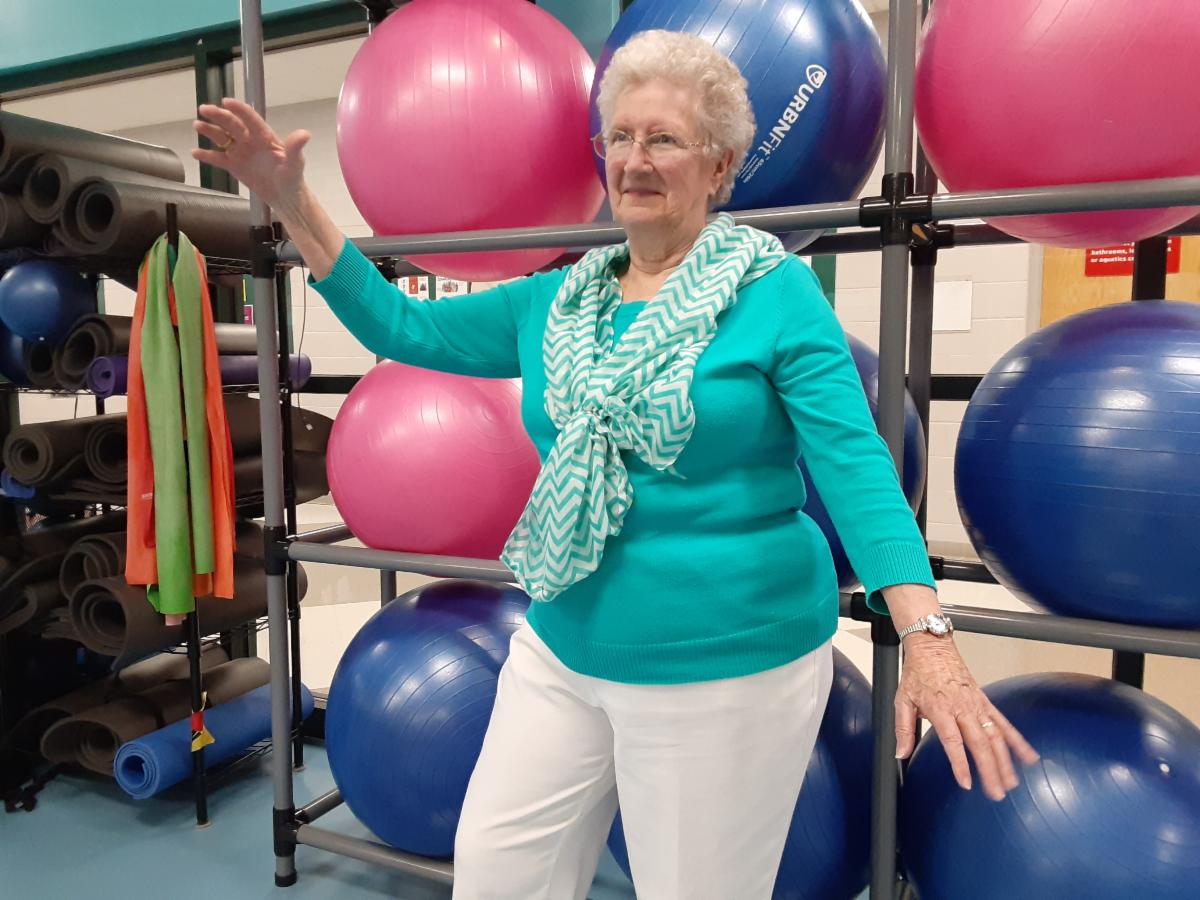 The Alleghany Highlands YMCA depends on volunteers for many of its programs and services, and no one epitomizes that spirit of volunteerism more than Charlotte Williamson, who has devoted her time, heart and talent into teaching her Tai Chi class at the YMCA for almost 10 years.

Tai Chi is an internal Chinese martial art practiced for self defense training, health benefits and meditation. The benefits of the class include improvements with memory and balance.